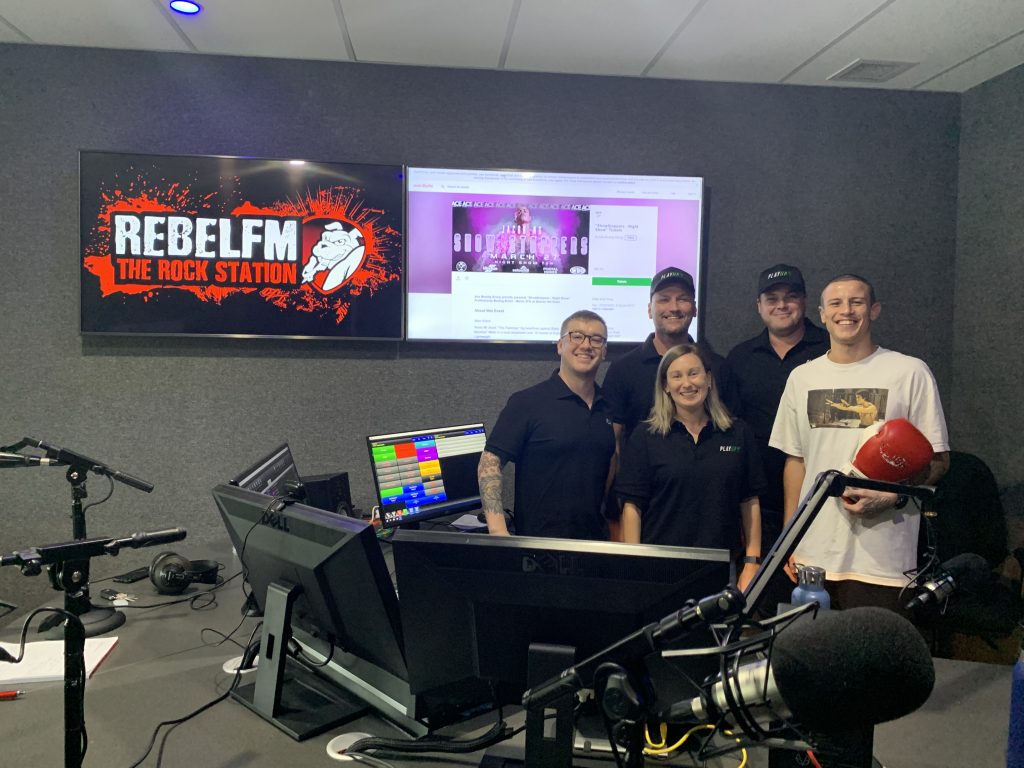 A new initiative by Rebel FM is already scoring goals. ‘The Sports Show’ debuted over the weekend on Rebel FM and had listeners hooked on the latest local and national sports news.

The Rebel FM team is ecstatic about its first, fully-fledged sports program, which will be hosting a panel of couchside experts as they dissect the biggest stories in sport while playing the biggest rock tracks in the world.

Sports panelist Laura Merrin says ‘The Sports Show’ is a chance to talk about people’s favourite sports, and have a laugh while doing it.

“To be part of Rebel FM’s first sports show is just fantastic,” Ms Merrin said. “I think we’ve succeeded in creating a space for listeners to enjoy a casual, informative chat between sports enthusiasts.”

The team of sporting experts is composed of four panelists: Laura Merrin, who spent years training in gymnastics, is also an avid Brisbane Broncos supporter. Her work has taken her across the globe to sporting events including the Football World Cup, Olympics and Tennis Grand Slams.

There’s also Joel Hall, resident cricket fanatic, who has played the game at a high level his entire life. He is also a keen follower of US sports, with some of his favourite teams the NFL Las Vegas Raiders, and the NBA Los Angeles Clippers. However, his biggest sporting love is the Cronulla Sharks.

Chris Clegg has managed several professional Darts players in the UK and run worldwide competitions for the sport. He grew up watching and playing several sports and still does so today. He has a passion for Barnsley FC in the English Football League, and has a vast knowledge of golf, cricket and boxing.

Final sporting panelist, James Brooks spent his entire childhood on a sports field. Whether it was tennis, cricket, soccer, basketball or AFL, he would give anything a go if it involved chasing around a ball. He still keeps up-to-date with all the latest in sports, and considers himself an expert in AFL.

Listeners can tune in to The Sports Show on Rebel FM every Saturday from 11am to 1pm to catch up with the latest in sporting news.